I am Angelo Ferrio and I would like to tell you in a few lines a family affair common to many others, yet as unique as all the stories are.

I live and produce wine in Roero, a territory of steep hills between the plain of Turin and the Tanaro.

In the towns of Roero – and in particular in my town, Canale – agriculture has always played an important economic and cultural role. I speak of agriculture, not just of vine or wine, because for many years among these valleys fruit was the focus. It was indeed difficult, if not impossible, to find a winery in the modern sense of the term.

My family was no exception. We had the vineyard, of course, but also the peaches, the apricots and the inevitable farm animals. Actually, my family was somewhat unusual: when most of the farmers were selling grapes to the traders, we already made our wine for a small, affectionate clientele of private individuals. They arrived – especially on weekends and mostly from the city – to the foot of the hill where the great “red farmhouse”, bought with great sacrifice by my father Alfonso, stood.
Things changed in the eighties and consolidated in the following decade. I wanted to try to be part of this change and eventually I succeeded, but it wasn’t easy – neither for me nor for others – to overcome a generational obstacle strongly anchored to tradition. Should we blame our fathers? When my father first saw a barrique he was scandalized, but his was a “romantic” scandal, so to speak: because in that anonymous little barrel he saw nothing in particular; he did not find the same sense of security that the “big barrels” gave him. But of that generation there are other things that I remember, like their ties to the land that our fathers transmitted to us, allowing me to be what I am today. 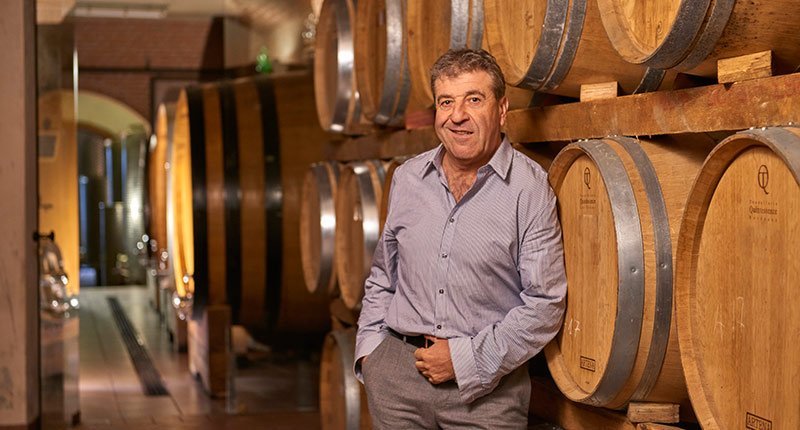 The beginnings, however, were adventurous. Who – like me – didn’t have the real winery yet, asked for help to those who started earlier and were therefore more equipped. There was a lot of solidarity, because we all knew that the goal wasn’t the success of the individual, but of the territory. Even today I like to share knowledge with younger producers who want to start this career. Among the friends of that time one stands out in my memory: Matteo Correggia, the charismatic teacher who taught many of us to believe in ourselves. I owe him a lot.

The years have rushed by. We’ve come a long way and my business has grown, while remaining on a human scale. The right number of hectares of specialized vineyard (16) and an appropriate quantity of bottles (about 100,000) allow me to carry on a new challenge: the biological certification. To those who ask me “why?”, I answer, a little amused, “why not?”. Now it is time to return to a more balanced relationship with nature. That same nature that I am lucky to have every day before my eyes, especially when I stop among the rows. Fatigue is felt and yet the harmony that surrounds me can gratify me and overshadow the tensions of work.

Yet this is my job, the same that allowed me to travel the world when I thought I would never leave Canale; the same that I am now transmitting to my son Stefano. In the countryside it is always hoped that a child will stop at the farm. After all, the best vine is the one that has deeper roots, and the same happens with a family. For me, who inherited a story of land and roots, there is nothing more exciting than knowing that this story is not finished. On the contrary, I believe that the most compelling chapter has yet to be written. 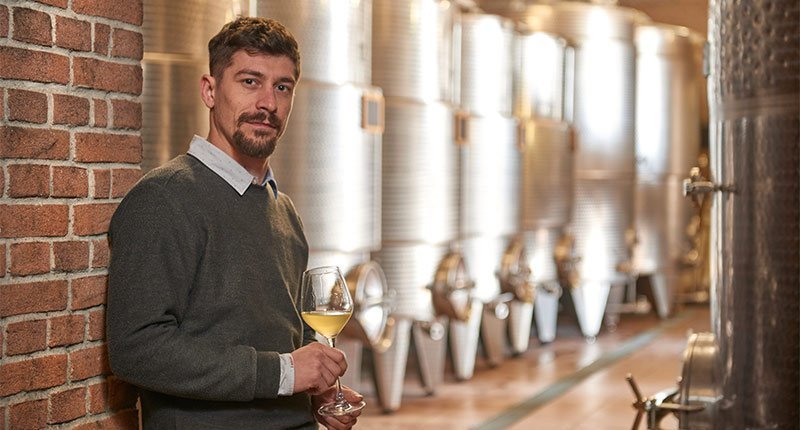 In 2012 we received the Organic Certification, considered by us as an important milestone, which is intended to preserve the territory by not using pesticides, herbicides, chemical fertilizers or synthetic elements in our agriculture.
By adhering to this project, we grow the vines in a natural way, using copper and sulfur only when strictly necessary in order to protect the grapes from the peronospora and powdery mildew.
To increase the fertility of the land we apply the technique of green manure, also called green fertilization, or the ‘burial’ of special crops to enrich the organic life of the subsoil. Leguminous green manure is particularly important, as these are among the few plant species capable of directly fixing atmospheric nitrogen. 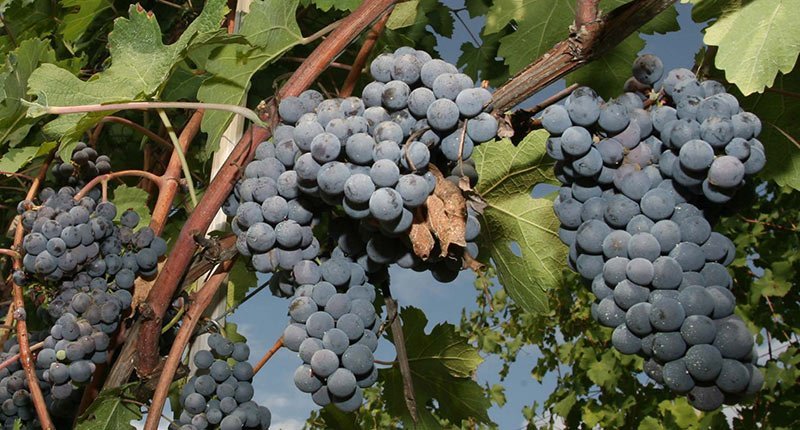